"When will the world and its economies recover enough, for us to meet somewhere, soon enough?" 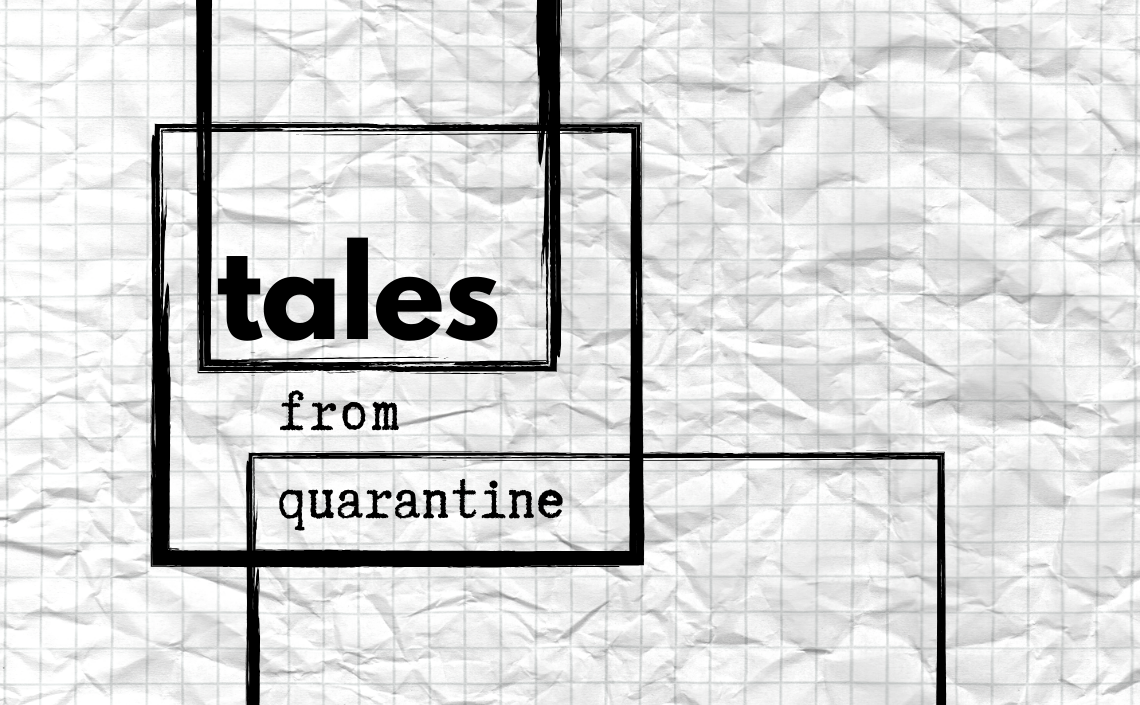 As we all are suspended from one kind of reality, WOMEX looks at ways of sharing, learning, and exchanging as a community to create spaces of reflection, support, creativity, and inspiration.

We present “Tales from Quarantine”, a series of messages/notes/thoughts from a range of voices within the industry- festival directors, music producers, filmmakers, activists, label managers on how they have been affected, moved and changed both personally and professionally by this global pandemic.

This series will also be connected to a selection of documentaries from the WOMEX Film Programme archives. Please log in to your virtualWOMEX account to watch the films Small Island Big Song, Vanuatu Women’s Water Music and Voice Over the Bridge for the next 10 days.

In this first series, we hear from Sonya Mazumdar, Tim Cole & Rikki Stein. 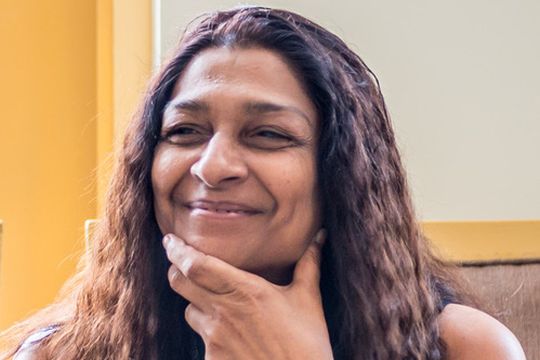 The world goes ultra digital cool, locked down audiences spoon-fed with online concerts by struggling artists who perform for free (or charge to donate). Yet again the artist is called upon to nurse the community’s soul, a frontline worker but not acknowledged as one. More popular ones are sponsored, typically for a cause. A new pattern, another layer to the have’s and have not’s.

Sonya Mazumdar, Cross Cultural Collaborator
Chennai’s streets are quiet: no sounds of traffic, human voices, or machines. Loud chirping of birds and squirrels, the rustle of leaves, a carpet of fallen yellow flowers under the Indian laburnum tree in full bloom. My mind rests, lazy in the heat of this summer afternoon. Life as we knew it, has paused. Indefinitely.

The moods swing, slowly like a clock’s pendulum, from peace to worry, and other emotions in between. The pandemic sweeps across the world, I worry about friends and loved ones in far away places. The heart-breaking humanitarian crisis unfolding here across India, millions of ruined lives and livelihoods. Artists everywhere stranded indefinitely, the gigs and jobs lost; businesses collapsing, stages closed, festivals cancelled, and the future of my life’s work. When will the world and its economies recover enough, for us to meet somewhere, soon enough?

Days pass. We struggle with bad zoom connections to reach each other to explore possible futures. But we must wait to be told by our countries when, how, and what we may or may not do, regardless of what our realities are. The world goes ultra digital cool, locked down audiences spoon-fed with online concerts by struggling artists who perform for free (or charge to donate). Yet again the artist is called upon to nurse the community’s soul, a frontline worker but not acknowledged as one. More popular ones are sponsored, typically for a cause. A new pattern, another layer to the have’s and have not’s. Perhaps as an industry we (might? will?) find a way to collate our new learning and past experience to invent a radically different model for our broken world, a more level space that sets aside older mercenary norms. One that will not let anyone forget that the artist and the art is why the music industry exists, how integral the artist is to society and its wellbeing, and why we do what we do as culture professionals.

The mood pendulum swings again. My body and soul moves to the undeniable drumbeat for systemic change, as the BLM movement against discrimination and inequality gains momentum worldwide - empowering, inspiring, and giving strength to millions across the world, including me. Solidarity is a powerful thing.

On the tree outside, I see a bird stand beside her new nest, and hear her song. I will miss these songs when noisy humans grab the soundscape again. But then, it will also be the time to once again be with my own human flock, for that irreplaceable experience of together being a part of the artist’s expression, breathing in their stories told in person. Being a human amongst humans is equally a powerful thing.

Sonya Mazumdar, Founder/CEO of EarthSync India (2004), a film and music production house and a cross-cultural collaborator based in Chennai, India. Deeply committed to diversity and development, she founded IndiEarth XChange in 2012, India’s annual trade event for independent music, film and media. Earthsync produced films Laya Project & Voice Over the Bridge have been part of the WOMEX Film Programme. More here www.earthsync.com and www.xchange.indiearth.com. 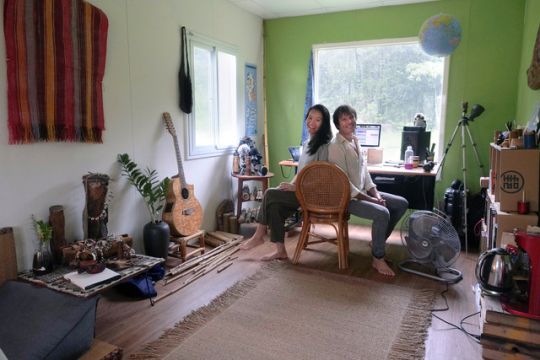 The musicians drawing on their lived experience will then unite the science and indigenous knowledge in song and hopefully connecting some hearts to these issues. For when the threat of the coronavirus eases, these other big picture issues threatening all life continue.

Tim Cole, Filmmaker & Music Producer
Tim here, the director/music producer of Small Island Big Song. Sitting on the verandah in rural Taiwan, the sun has just risen here ( while you Europeans are snoozing away) a view of forest wilderness before me and a dawn chorus is my soundtrack, but as I write this, the imposing hum of a passenger jet flies overhead the first I've heard in many months - a reminder that we are in the era of the virus. Crazy times as you often hear, but I reckon these are the sensible times. Finally, our governments are following the informed advice of science- see we can do it!

Our year began at APAP (the American performing arts market in NYC) pitching our new show for a US tour in 2021. While there we also presented a forum 'Arts & Climate Change' to an over-packed conference room, we called for big picture ideas and among them was 'chill out day' -- one day a week when we stop producing greenhouse gasses, give nature a rest, and stayed at home with family and community. And then the virus lockdown showed us that you can stop the relentless consumption of our planet, so let's keep it up for one day a week, let's make that the new normal.

Our film 'Small Island Big Song' was all set for a theatrical release and should be in cinemas across Japan right now, but all that is on hold for now, so we have had to reframe the year. How do you create during isolation, particularly as all of our musicians are spread across so many island nations. Our solution is to organise a series of virtual roundtables meetings with scientific authorities; respected cultural elders, climate youth ambassadors and an ensemble of islander musicians to speak up some of the world's most confronting environmental issues – rising sea levels, plastic pollution, deforestation, coral bleaching and global inequality. The musicians drawing on their lived experience will then unite the science and indigenous knowledge in song and hopefully connecting some hearts to these issues. For when the threat of the coronavirus eases, these other big picture issues threatening all life continue.

It's strange watching it all from here, Taiwan was the first country to take action and began their virus response before the WHO announced it, so everything has remained open here without any lockdowns, the island has closed it's airports though. So as an Australian in touch with family and friends confined to their homes with public spaces closed and told to keep a kangaroo apart, it's almost like another Netflix series. By the way, if you want a #NotNetflix experience, you can view the Small Island Big Song and Vanuatu Women's Water Music film on the WOMEX site.

Also, it is incredible to know how many scientists are in our audience and how people get fueled by music to do other great things.

See you all at WOMEX 20 Budapest!

Tim Cole, an Australian filmmaker and music producer, specialises in cross-cultural projects. His films Small Island Big Song & Vanuatu Women’s Water music have been part of the WOMEX Film Programme. More of his work can be found here www.smallislandbigsong.com. 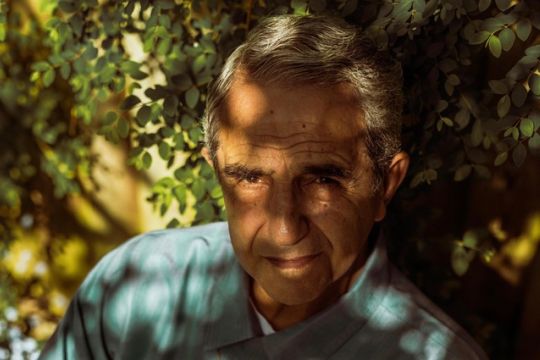 I was particularly inspired by the UN's Secretary-General, Antonio Gutierrez, saying that if ever there was a time for the world to come together, then surely this is it! What are we waiting for? An invasion from outer space before we come together!

Rikki Stein, Music Manager
Well, for someone like me that usually moves abroad four or five times a year, mainly to Africa, the lockdown has been an interesting challenge. As an 'ancient one', (I'll be 78 in July which, I'm told, classifies me as 'vulnerable') apart from the occasional stroll I've hardly moved my butt out of the front door for the past ten weeks or so.

Here with my wife and kids (grown-up), we've taken this seriously. My kids, mainly, are super aware of the implications of venturing forth and bringing COVID home to infect their old man.

Let's be clear here. I may be in my 78th year but still have all (or anyway, most) of my marbles. I still smoke my daily spliff, shift my nether parts when listening to my main man, Fela and find myself still up and about at 3.00 am when I do my best work- reply encouragingly to the never-ending stream of music that aspiring artists send me, even when it's iffy. I say things like "I hope you won't mind if I offer you some advice. Perhaps spend less time trying to figure out what you think people want to hear and more time showing us what you have in your belly!" I then go on to say, "keep sending me music!"

My short-term memory is terrible, though. Forever looking for my glasses, which may well, be on top of my head! But I've led an extraordinary life so far and happily recall a fair chunk of it which is just as well as one of the things I've been doing while locked down in writing my memoirs. I'm on chapter four and still in 1968!

Fela is still keeping me busy as well. I was his friend and manager for 15 years and continue to defend and promote his legacy. I'm currently working on Fela vinyl box set No 5. We invite respected artists known to be Fela fans, to select seven albums and explain why. The first was Questlove, the second Ginger Baker, the third Brian Eno, the fourth Erykah Badu and now the fifth that was co-curated by Chris Martin and Femi Kuti. All in a solid box with a booklet containing photos, lyrics, commentaries, and a poster-sized commissioned painting. Coming soon!

All in all, despite feeling pain at the constant and tragic stories with which we're bombarded daily, the admiration for all front-line workers, the comprehension of how many millions of lives are compromised and threatened by an economy in tatters, I nevertheless can't feel guilty about looking at my present circumstance and finding that, despite everything, I'm quite enjoying it. I don't have any choice so might as well!

I was particularly inspired by the UN's Secretary-General, Antonio Gutierrez, saying that if ever there was a time for the world to come together, then surely this is it! What are we waiting for? An invasion from outer space before we come together!
Stay safe, y'all!

Rikki Stein, a veteran British music manager, is the CEO of Kalakuta Sunrise Ltd (Knitting Factory Records Europe) and Head of A&R for Okaymusic. Friend and Manager of Fela Kuti for 15 years, Stein continues to defend and promote his legacy, in close association with The Fela Anikulapo Kuti Estate.