BREAKING CENTURIES OF PATRIARCHY THROUGH MUSIC 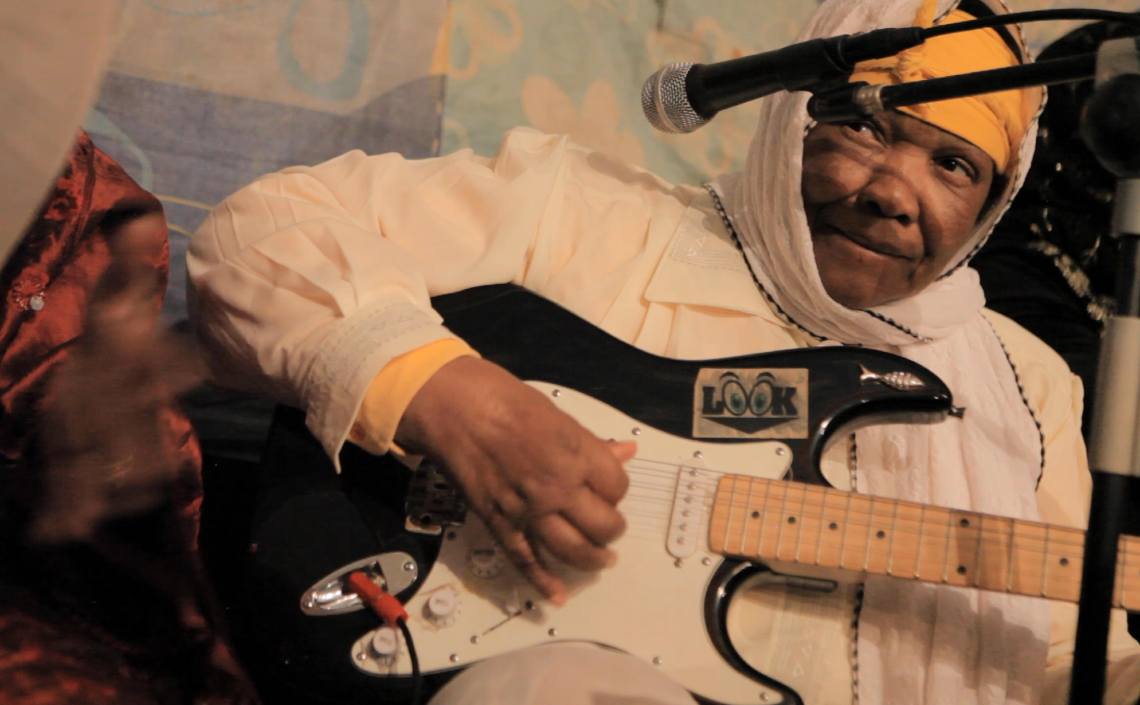 The Desert Rocker by Sara Nacer

The Desert Rocker is an intimate portrait of the pioneer Gnawa artist Hasna El Becharia. Similarly to another music legend, Cesária Évora (whose brilliant eponymous portrait film by Ana Sofia Fonseca premiered last year), Hasna broke boundaries in a predominantly patriarchal society for her passion. Shot over several years and across several locations, The Desert Rocker combines cinema verité with archival footage. We talk to director Sara Nacer, for whom the film was her "film school", about what led her to dedicate herself to the pursuit of the legacy of this inspiring artist. 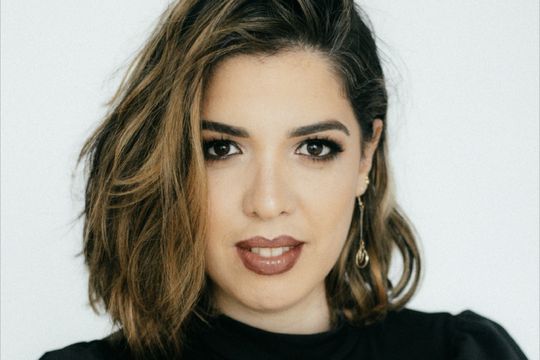 With the simple fact that she refused that rule and played that music, she broke centuries of patriarchy and opened the door to a new era.

This film was developed over several years, and it is clear that you've built a strong relationship with the main protagonist, Hasna El Becharia. Can you talk about the genesis of The Desert Rocker, and what inspired you to tell her story?

I met with Hasna in 2011. I was invited to produce concerts in Algeria during Ramadan. Hasna was among the artists we produced. I was very touched by her. She has an incredible aura and above all, an incredible stage presence. The idea of the film came from a friend who attended the show but he left the project very early and despite the fact that I didn't have any background in cinema, I decided to make the film because Hasna deserved it.

I travelled many times to Bechar from Montreal to get to know her. The first thing she told me was that she wanted to perform in America so I produced her first American tour and brought her to Canada in 2013 and 2014, I started filming in Montreal. Over the course of five years I travelled to Paris to do archival research and interviews, Essaouira where I attended a filmmaking program (2015-2016), Bechar, Hasna's hometown in the Algerian Sahara, New York where I was selected to attend an artistic residency and to Tribeca Film Institute (2017). I finally wrapped up the production in 2018 in Paris as she performed at Le Cabaret Sauvage where her career began 20 years before. That was the perfect closure for me as I had images of Hasna in 1999 when she arrived in Paris. That allowed me to build the film around those 20 years of her career. 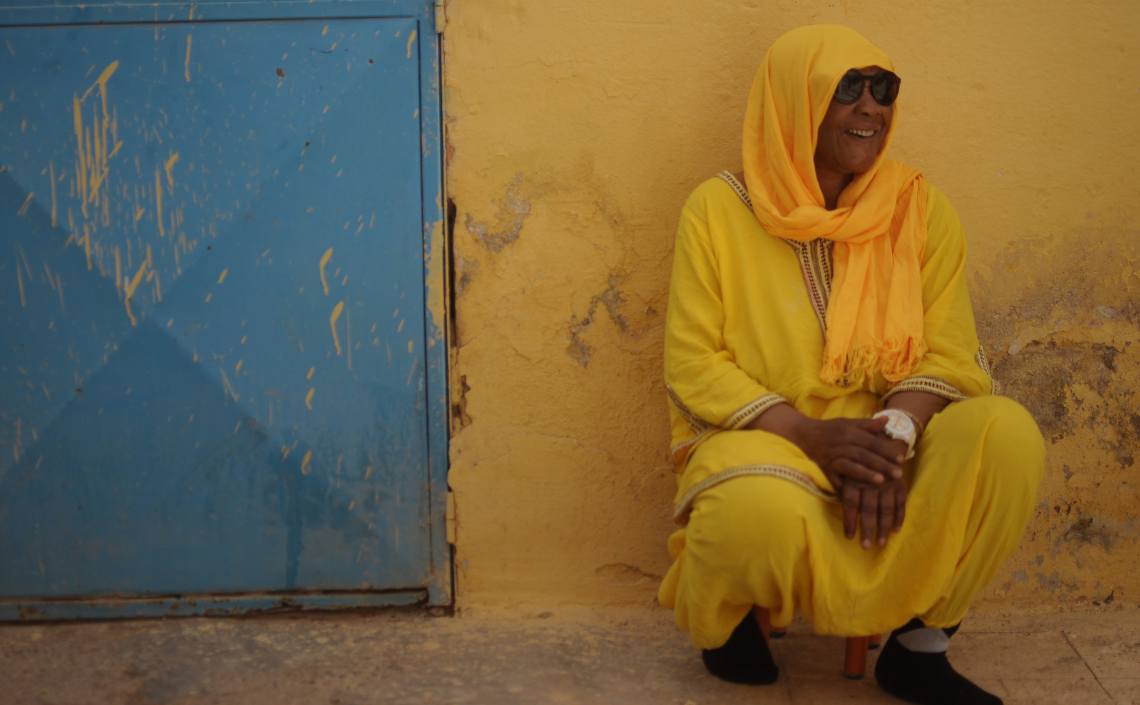 Making this film remains the biggest surprise; the desire to tell Hasna's story gave me the strength to pursue it despite all the struggles I encountered.

It is at the same time a universal and a deeply personal portrait of a strong personality, undeterred by the circumstances that surround her, the gender roles and patriarchy, especially in the music scene. Though music becomes Hasna’s tool to fight it. Can you talk about this aspect of the film?

I think Hasna is the biggest feminist I've ever met even though I'm sure she doesn't know the word “feminism”, she’s a fighter and a rebel by nature. Like many women who fought for their rights, Hasna didn’t choose her mission, she just accepted it. She made a revolution through her passion for a music instrument she wasn’t allowed to play. With the simple fact that she refused that rule and played that music, she broke centuries of patriarchy and opened the door to a new era.

How did Hasna change over the years, and how did you capture the transformation?

I tried to always stay in touch with Hasna even when I didn't have the resources to shoot or travel to her place. When Hasna became very sick in 2016 I went to see her at the hospital in Algiers and brought all the archivals and footage I had in her room to cheer her up. I think the fact that I shot that film over a period of five, six years allowed me to capture the reality of her life, and we witness that she aged during the film, but she has always been very strong and humble whatever the situation. 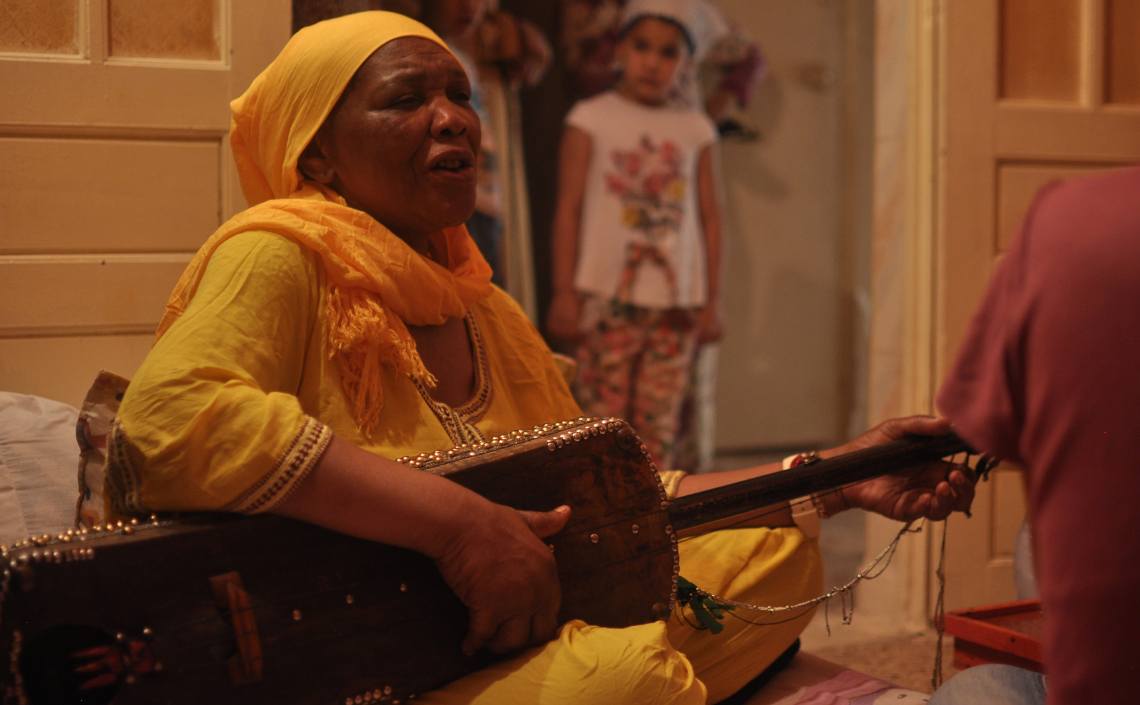 I started this film without any knowledge or background in cinema and I ended up being a self-made filmmaker, producer and editor.

The film combines various cinematic approaches, including documentary, cinema verité, and archival footage. Can you talk about the cinematography of the film?

As I said earlier, this film was my film school, I learned everything by practice. Laura Bustillos joined the film as a cinematographer in Algeria and France but I also shot many sequences of the film myself. When I wrapped up the production I didn't know how to tell the story. I had years of footage and archival materials. I didn't know where to start and I didn't have the resources to hire an editor so I learnt how to edit by observing an editor as they were working. Then in 2019 I decided to travel to Algiers and shoot a film about the young generation fighting for their rights during the smile revolution. I edited and released it in a couple of weeks. The film won two awards so I felt more confident when I came back to The Desert Rocker and started editing again. When the producer of L’Équipage, Julie Lapointe, watched my rough cut, she decided to help me finish the project. She took care of the post production and music rights and together we finalised the film. I feel very fortunate to have met with her.

What were some of the challenges that you encountered during making the film? Was there anything that surprised you?

Making this film remains the biggest surprise; the desire to tell Hasna's story gave me the strength to pursue it despite all the struggles I encountered.

I started this film without any knowledge or background in cinema and I ended up being a self-made filmmaker, producer and editor. This is one of the greatest and hardest experiences but I don’t regret it at all. I found my passion by investing in myself. It takes craziness to go through the process and follow your gut and I'm definitely a crazy person. 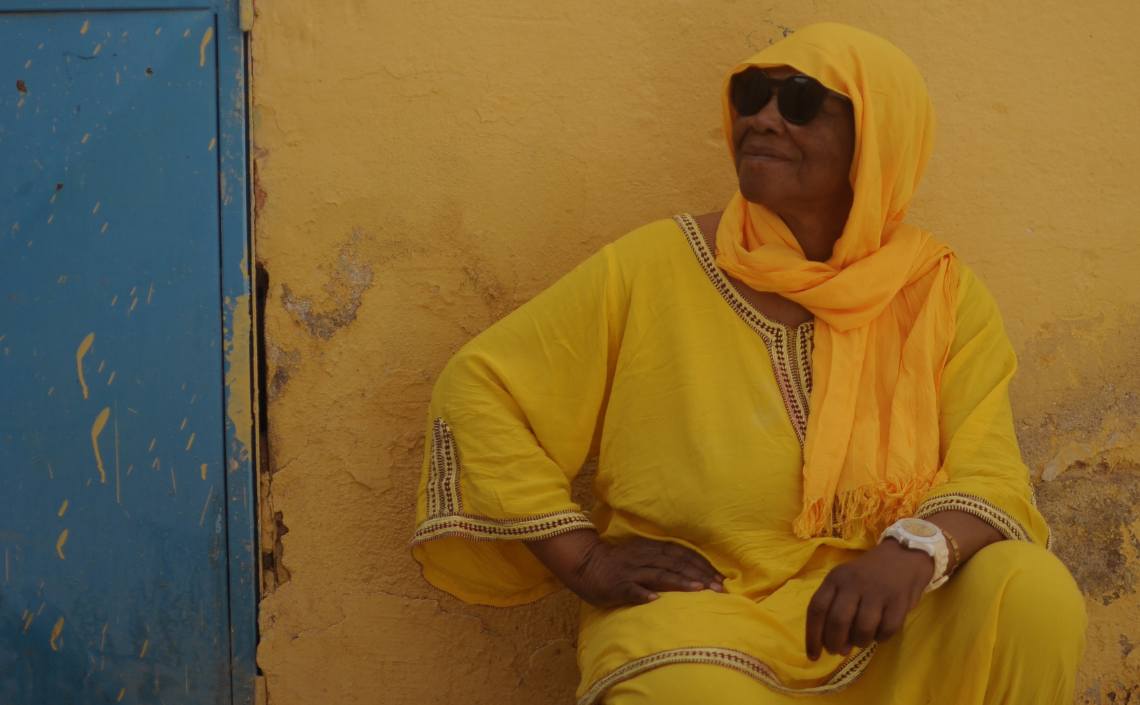 Besides film-making, you’ve also been active as an event producer in Montreal. What has occupied your time lately?

Music, music and more music! I’m working on my next feature film which is also a music documentary. It’s called The Immortal and it's about the Algerian Jewish artist Salim Halali. He was one of the greatest voices of the midcentury and had an incredible life and career. Halali escaped deportation in Paris and some people consider him “the Oriental liberace”. I spent these past years travelling around the world and trying to capture his memory through very rare testimonies. I always work on projects that haunt and obsess me and this artist, who died in 2005, captured my soul. I produced a big tribute to him in Montreal in 2015 at the famous Place des Arts and gathered 15 musicians on stage to play his music. Music is and will always be part of my life. My mantra is “Vissi d’arte” (Puccini's famous aria) . I lived for art.